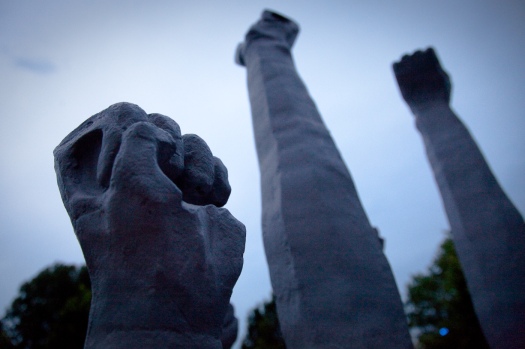 Power to the People

The public exercise of power is often disliked, mistrusted, or undermined in our society. Roots of this suspicion of power are deep, but this suspicion is often grounded in the exercise of positional power that is not founded upon personal power. It is distasteful to see people occupying positions of power without also embodying the personal credibility to support and enact this power effectively. In contrast to resistance that is often the result of excessive use of positional power, personal power helps to develop followers and their commitment to organizational goals.

In terms of when and how power can be used most effectively and more acceptably, I would point to the importance of the ethical use of power. On this point Richard Daft identifies key questions leaders need to ask. Some of these questions ask whether the action and use of power…

These guidelines for ethical action help in thinking through how power is being utilized. To engage power effectively, acceptably, and ethically, leader’s need to be comfortable that the answers to such questions are focused on the good of others and the organization rather than simply serving themselves as leaders.

A Commitment to Serving Others

In my view, this is the best place from which to use power—using it from a place that recognizes the best power is that which has been freely granted to the leader by the personal trust of followers.

What do you think of Greenleaf’s point? How do you see leaders using power ethically and responsibly?